Home » About Us » Board of Trustees » Prof. Yusuf Dankofa 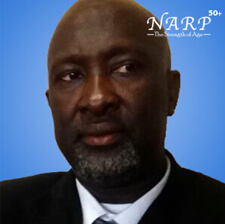 Professor Yusuf Dankofa hails from Kano State though he was born in Ibadan in 1963. He had his Primary education at Omolewa Nursery and Primary School Oritamefa Ibadan and proceeded to Ahmadiyya Grammar School now Anwar Islam Grammar School at Eleiyele Ibadan.

His passion for social justice has led him to write extensively on International Human Rights Law, showing a marked bias for Development Law as it relates to the Right of indigenous people, on self determination and socio-economic inclusion.

He has written more that 50 articles in peer reviewed journals and has attended and presented papers in more than 50 local and international conferences. He is married with children.