News Agency of Nigeria (NAN) reports that Umar was appointed deputy governor on Nov. 12, 2012 by late Gov. Danbaba Suntai, following the removal of Alhaji Dani Abubakar-Danladi by the State House of Assembly.

Justice Amadi held that no State House of Assembly has the power to fix gratuity and pension for former Governors and Deputy Governors other than the National Assembly as contained in sections 124(1)(5), 210 and 32(d) of the 1999 constitution (as amended).

The judge said that the “words” of the Supreme Court that “Alhaji Sani Abubakar-Danladi remained the deputy governor of Taraba.

”The Supreme Court on Nov. 21, 2015, was very clear and unambiguous. “The (words) need no further interpretation to find their meaning except to hold that at all material times, Abubakar-Danladi remained the deputy governor of Taraba while the claimant (Garba Umar) in this case was never the deputy governor of that state.

“The period when Abubakar-Danladi was purportedly removed was held to be a period of interruption in his office. Any invitation to read any other meaning or connotation to the holding of the Supreme Court aforesaid amounts to an invitation to commit judicial rascality.

“I am bound by the decision of the principle of stare decisis,” the judge declared.

X-raying sections 32(d), 84, 124(1)(5) and 210 of the 1999 constitution (as amended), Justice Amadi said: “it is not in dispute that the power granted to the state house of Assembly to provide for pension and gratuity is a mere directory or permissive power which is not mandatory.”

“Therefore it is very clear that a house of Assembly in Nigeria lacks the power to fix any amount in remuneration to its past Governors and deputy governors; as pension or gratuity unless the Revenue Mobilization Allocation and Fiscal Commission (RMAFC) has first of all determined any amount in pension and gratuity.

“To that extent, I hold that the Taraba State Governor and Deputy Governor’s pension Law, 2015 is null and void.

“In all, the claimant’s case is completely lacking in merit and it is hereby dismissed, “ he declared.

On the counter claimed filed by the state Government for the refund of all salaries enjoyed by the claimant while in office for two years and payment of N80 million as general damages, the judge struck it out as being “statute barred” and awarded no cost to either side.

NAN reports that the former deputy Governor (Umar), through his Counsel, M.M. Nuruddeen, SAN, prayed the Court to compel the Taraba Government to pay him N236 million being his unpaid gratuity and pension while in office between Nov. 14, 2012 and Nov. 21, 2014.

Umar, who was later sacked from office via a Supreme Court judgement of Nov. 21. 2014, claimed that the demand for N236 million was in accordance with the Taraba State Governor and Deputy Governor’s Pension Law, 2015 passed by the State House of Assembly on May 15, 2015.

The Supreme Court in its judgment in Appeal No. SC/416/2013, declared that Alhaji Sani Abubakar-Danladi, who was impeached, remained the deputy governor of Taraba State and was reinstated with immediate effect.

Challenging Umar’s claims, the Taraba Government, through its Counsel, led by Mr Chris Abongaby, argued that by virtue of the Supreme Court judgment, Umar was not entitled to any gratuity or any retirement benefit “since there was no lawful and valid record that he (Umar) ever held or exercised the office he claimed.”

“The Supreme Court has declared Alhaji Dani Abubakar-Danladi as bonafide deputy governor therefore Alhaji Garba Umar ‘s suit is an abuse of court process and should be dismissed.

“Alhaji Garba Umar must be made to tender a public apology to the people and government of Taraba State for the undignified and unlawful seizure and usurpation of office of deputy Governor/Acting Governor contrary to law and decency of the demand of constitutional democracy,”Abongaby said. 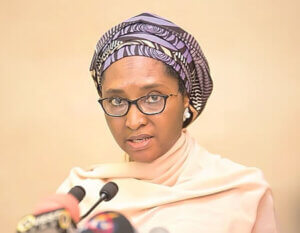 FG To Replace Fuel Subsidy With N5000 Monthly Grant for... 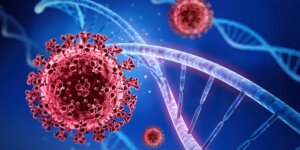 Is Inflation the Next Pandemic? Recently the price of gas... 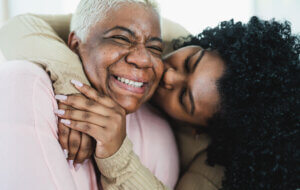