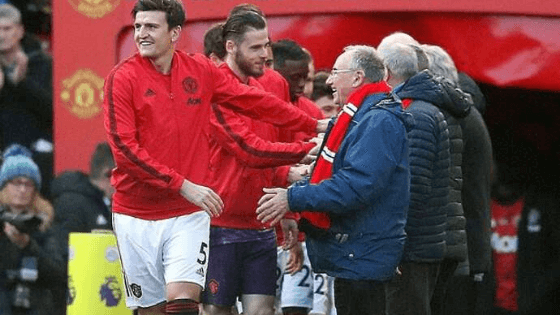 Manchester United eased to a 3-0 win over relegation-threatened Watford on Sunday.

The Red Devils support were treated to Bruno Fernandes’ first goal for the club since completing his £47 million move from Sporting Lisbon during the January transfer window.

His successfully converted penalty ended a 236-minute wait for a goal from the home side at Old Trafford and paved the way for a comfortable afternoon against the Hornets.

Anthony Martial doubled the hosts’ lead in sublime fashion before Mason Greenwood rounded off the performance with his fifth Premier League goal 15 minutes from time.

After beating Chelsea at Stamford Bridge on Monday, the result marks only the third time that Ole Gunnar Solskjaer’s men have achieved consecutive league victories this season.

United will be hoping they’ve finally shaken off the inconsistency that’s plagued much of their campaign, with every one of their 11 remaining fixtures crucial to securing Champions League qualification.

Apart from the confidence exhibited by the Red Devils this weekend, something else was different at the Theatre of Dreams.

Instead of being led out of the tunnel for the start of the match by young mascots, United were welcomed by 11 ‘guests of honour’ aged between 61 and 87.

The guests – all United fans who benefit from their local Age UK charity – stood on the pitch to shake the hands of the starting XI and Solskjaer as part of a campaign highlighting loneliness among the elderly.

The initiative encourages increased social interaction with older people, many of whom struggle to keep in contact with friends and family.

Statistics show almost 2.6 million people aged 65 and over speak to three or fewer people they know in a typical week, while some 225,000 go the same duration without speaking to anyone at all.

Fair play to United for using the power of football to bring attention to a crucial societal issue.

“The Club is encouraging all fans to give a few moments of their time to speak to older people around them who might welcome a thoughtful conversation,” said Director of Partnerships at Manchester United, Sean Jefferson, per the official club website.

“Any small gesture and interaction can play a part in helping to help tackle loneliness amongst our older generation.”

Let’s hope we see other clubs follow United’s lead in the future.