The Senate has passed for second reading, the Pension Reform Act 2014 (Amendment) Bill, 2022, which seeks to make funds in the Retirement Savings Account under the Contributory Pension Scheme more easily accessible to retirees.

The bill was sponsored by Senator Aliyu Wamakko (APC/Sokoto-North).

Leading the debate on the general principles of the bill, Wamakko said the proposed amendments to the Pension Reform Act 2014 were to provide for a definite and reasonable percentage a retiree can withdraw from their retirement savings accounts.

According to him, the proposals of the bill seek to also provide succour to retirees in the delay and other difficulties they stumble upon in withdrawing their savings from their RSA. 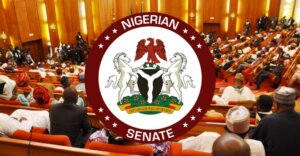 The lawmaker, a former governor of Sokoto State, decried the inability of pensioners to access their benefits after service, which he said had resulted in their suffering and, in most cases, led to eventual and untimely deaths.

He said, “None of us can claim ignorance of the long-drawn-out anguish of retirees from the civil service, Nigerian Prison Service, universities and parastatals, among other federal agencies in this country.

“These retirees, rather than enjoy retirement after selflessly serving their fatherland, have continued to live in misery and pain, leading to diseases and even death, as they cannot easily access their benefits.”

Wamakko also noted that despite the amendments to the Pension Act, the legislation had failed to achieve its objective of solving the intractable pension crisis in the country.

The lawmaker added, “Suffice to say that the issue of pension Nigeria has more or less turned into a monster that has defied all efforts by successive governments to contain it.

“In view of the retirees’ protracted sufferings and pains, who are equally Nigerians, continued search for a lasting panacea is a duty-bound upon us and all others concerned.”

Wamakko explained that the Act in Section 7(1)(a) was amended in the bill to allow retirees to withdraw 75 percent of their benefits.

He bemoaned the situation where pension administrators in the country benefit at the expense of Nigerian pensioners who continue to suffer neglect.

The lawmaker said, “These Nigerians who have retired from service after several years serving the nation are finding it extremely difficult to be the owners of their pension savings in this new arrangement.

“So, unless that law is made categorically clear that they can withdraw the 75 percent, which we are proposing in this amendment, then they can definitely have some relief as retirees.”

President of the Senate, Ahmad Lawan, referred the bill to the Committee on Establishment and Public Service Matters after scaling the second reading.

The committee was given four weeks to report back to the Senate.