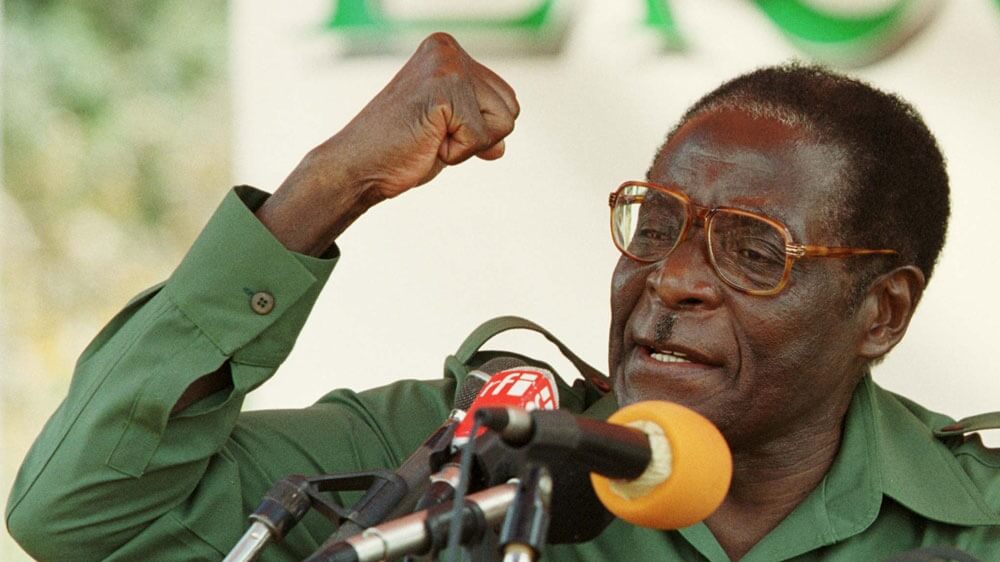 “It is with the utmost sadness that I announce the passing on of Zimbabwe’s founding father and former President, Cde Robert Mugabe,” Mnangagwa posted on Twitter early on Friday.

“Mugabe was an icon of liberation, a pan-Africanist who dedicated his life to the emancipation and empowerment of his people. His contribution to the history of our nation and continent will never be forgotten.

“May his soul rest in eternal peace,” he added.

President Mnangagwa cut short his trip to South Africa where he was attending the World Economic Forum on Africa and is heading back to Zimbabwe, according to state media.

Mugabe was hospitalised in Singapore for months for an undisclosed ailment, Mnangagwa had confirmed earlier this year.

Officials often said he was being treated for a cataract, denying frequent private media reports that he had prostate cancer.

No further details were immediately available about the circumstances of his death or where he died.

Mugabe was forced to step down by the military in November 2017 following nationwide mass protests.

The former political prisoner-turned-guerrilla leader swept to power in the 1980 elections after a growing rebellion and economic sanctions forced the white minority colonial government to the negotiating table.

Born on February 21, 1924, into a Catholic family at Kutama Mission northwest of Harare, Mugabe was described as a loner and a studious child, known to carry a book even while tending cattle in the bush.

After his carpenter father left the family when he was 10, the young Mugabe concentrated on his studies, qualifying as a schoolteacher at the age of 17.

“As a former teacher, he really tried to make sure as many blacks as possible got education when he came to power. He is credited for one of the highest literacy rates on the continent,” Mutasa said.

“Meanwhile, many others blame him for the things that have gone wrong in Zimbabwe. Many blame him for ruining what was ones a prosperous economy,” she added.

Earnest Mudzengi, political analyst based in Harare, says the former leader leaves behind a mix legacy.

“Young Zimbabweans will remember him as a tryant who squandered their futures and destroyed their countries,” Mudzengi told Al Jazeera.

“Many older Zimbabweans will look back in history and will remember him as a revolutionary fighter. They will also remember him for the early years of independence the massive social programs like expansion in the education sector and the building of clinics in rural areas,” he added. 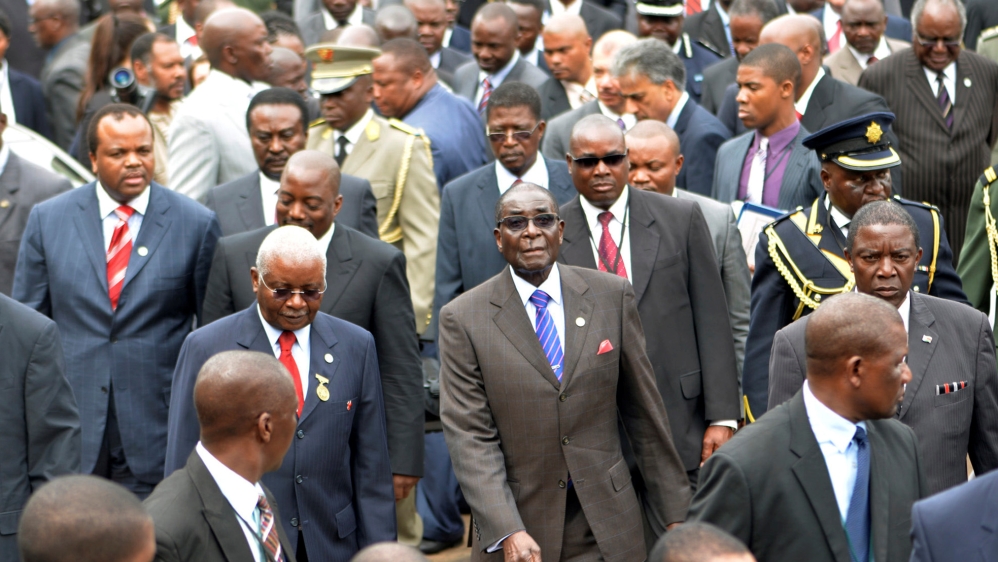 Mugabe enjoyed acceptance among peers in Africa who chose not to judge him in the same way as the UK, US and other Western detractors [Grant Lee Neuenburg/Reuters]

After teaching in Ghana, where he was influenced by its founder, President Kwame Nkrumah, Mugabe returned to what was then Rhodesia, where he was imprisoned for his nationalist activities in 1964 and spent the next 10 years in prison camps or jail.

During his incarceration, he gained three degrees through correspondence, but the years in prison were wrenching.

Mugabe’s four-year-old son by his first wife, Ghanaian-born Sally Francesca Hayfron, died while he was behind bars. Rhodesian leader Ian Smith denied him leave to attend the funeral.

He once famously said that he’d rule his country until he turned 100, and many expected him to die in office.

But growing discontent about the southern African country’s fractured leadership and other problems prompted a military intervention, impeachment proceedings by the parliament and large street demonstrations for his removal.

The announcement of Mugabe’s November 21, 2017 resignation after he initially ignored escalating calls to quit triggered wild celebrations in the streets of the capital, Harare.

Mugabe’s decline in his last years as president was partly linked to the political ambitions of his wife, Grace, a brash, divisive figure whose ruling party faction eventually lost out in a power struggle with supporters of Mnangagwa, who was close to the military.

Despite Zimbabwe’s decline during his rule, Mugabe remained defiant, railing against the West for what he called its neo-colonialist attitude and urging Africans to take control of their resources, a populist message that was often a hit even as many nations on the continent shed the strongman model and moved towards democracy.

Mugabe enjoyed acceptance among peers in Africa who chose not to judge him in the same way as the United Kingdom, the United States and other Western detractors.

Towards the end of his rule, he served as rotating chairman of the 54-nation African Union and the 15-nation Southern African Development Community; his criticism of the International Criminal Court was welcomed by regional leaders who also thought it was being unfairly used to target African leaders. 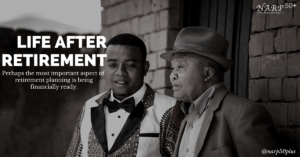 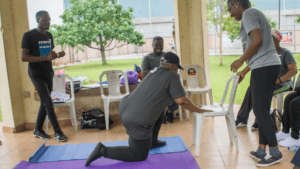 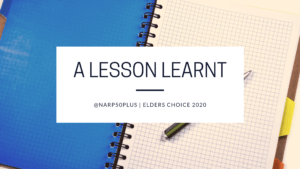